Their skills and expertise have been used to curate our academic curriculum and are here to advise the students about everything. Right from inspiring them, making sure they get the right skills, experience and knowledge, to preparing them for interviews, they'll be guided by our Advisory Board. Through the boards network of contacts with companies and artists, students will gain valuable industry insight as well. 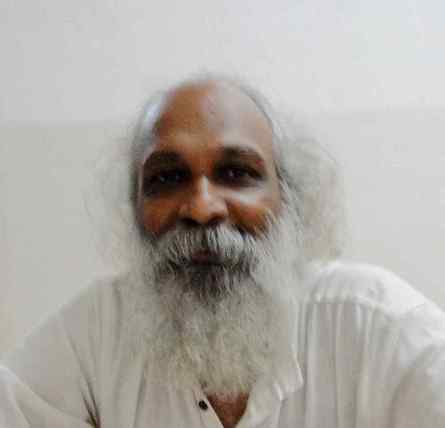 Jinan Researcher in Design and Education

The NID alumnus is a designer, researcher, educationist from Kerala, India. He takes deep interest in the processes involving the creation of knowledge, the formation or awakening of creativity, intelligence, aesthetics and its relation to the context/culture.

Jinan's exposure to how children and non-literates learn, made him explore the biological roots of learning as well as the loss of biology among the so called educated. His present research is on understanding how children learn the world, the world's impact on children's formation and how learning the WORD has impacted (world view, cognitive, construction of knowledge) the so called educated.

He wishes to establish fresh research on why, what and how we learn, help establish learning spaces that are based on existential needs, and re-imagine higher education as well, based on the natural process involved in learning. 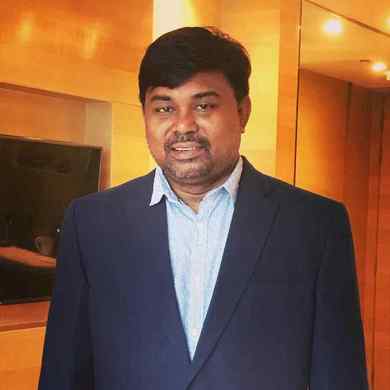 The Creative Director of Idea Heavens, Praveen Chrispugg is a graduate in Fine Arts, Design and Animation. He had pursued his Bachelors and Masters in Fine Arts (painting) from Government College of Fine Art, Tamil Nadu. In 2003 he was awarded the prestigious British Chevening scholarship, to study MA Visual communication in Animation, from Birmingham City University.

A specialist in visual storytelling, pre-production for film, animation and concept making for design, Praveen Chrispugg started his studio, Idea Heavens, in Chennai in 2008. Since then he has been a partner in various projects for corporates like TVS, Caterpillar, Kubota, India, Nissan, Murugappa Group, Bishop Heber College, Lion Bridge, Rotary club, Stanley Tools, Cavinkare, KVB, Randstad and many other clients.

He supports media colleges like Loyola, Don Bosco, AAG, Birla institute (Noida) as a consultant, and is also an active partner for Artlab Madras, which works with young college students on creative thinking and is currently developing a creative curriculum for children.

While in the UK, Chrispugg had bagged the Nesta' Young British Entrepreneur Award in 2007, for his business ideas in the mobile media arena. Many of his films have also been selected and screened in International Film Festivals including Cannes and BBC big screen. 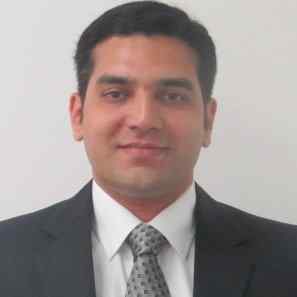 He brings with him an excellent understanding of educational institutions and their needs in an evolving creative and digital economy in the region. Supreeth helps institutions prepare for the 21st century digital transformation and the growth of Adobe's recently launched Creative, Document, Marketing Cloud and eLearning offerings.

He is an advisory member to Higher Educational Institutions, Universities and several national projects. Supreeth is also the member and Co-Chair, FICCI Task Force - Higher Education and a Member of the Board - IITM, NASSCOM Digital Skills Academy.

Prior to Adobe, Supreeth has worked for Avaya Global Connect as the Head - Enterprise & Global Accounts and was the Business Head of the SMB vertical at Dell India. Supreeth has also held leadership roles at other start-up organisations in the past. 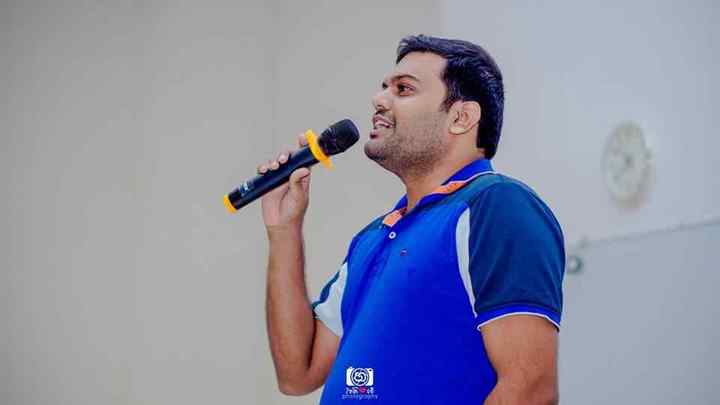 Jainaressh B C started his career as an avid gamer who turned to become a game designer and from there, started to work his ways into the game industry. He has around 10 years of experience in designing games on mobile, PC, and console, and has journeyed from a Game Designer, Producer to Consultant for various Indian, UK and US based studios.

He has designed games for corporates, education and entertainment across various fields like serious games design, gamification of corporate systems and content design for new interactive Medias.

Being an educator for 8 years, the technology geek has mentored a variety of students and has explored research projects in new and disruptive technologies that expands students' ability to think beyond the horizon of the market. He is constantly exploring and fostering many people to adapt "education through gaming/play" approach.

Currently he is leading Unity Technologies India's education initiatives and making Unity accessible in schools and colleges of India, as a value added addition for the generation Z. 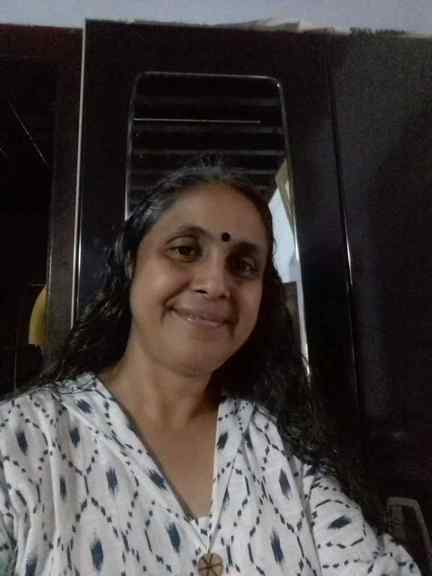 Niranjana Varma, a Fine Artist and animation graduate, had secured her BFA in painting from College of Fine Arts, Thiruvananthapuram with first class and first rank, and has pursued animation from C-Dit and NID.

Her work has been exhibited in several prestigious galleries, exhibitions and events sponsored by the Kerala Lalitha Kala Akademi.

In her career as an Animator, she has worked in several prestigious projects. She has worked as an animator in the short Malayalam animation film 'Of fish and tales' directed by Sri. Prakash Moorthy and has also worked under him for 4 years. She was an assistant in 'Religion and Music', a travelogue of famous Swiss percussionist Pierre Favre and has also assisted sculptor Nandakumar, in the Biennale 2012 for the collateral 'Land Re-formed'.

She is the founder of 'Palavaka' an Art and design studio, where she works and conducts classes for budding artists, and provides an open campus where artists can meet share and practice their own art.

She is the recipient of the Kerala Lalitha Kala Akademi award, for outstanding student of Art, and has participant in the Group study exchange program conducted by Rotary club to South Africa as part of the cultural exchange program. 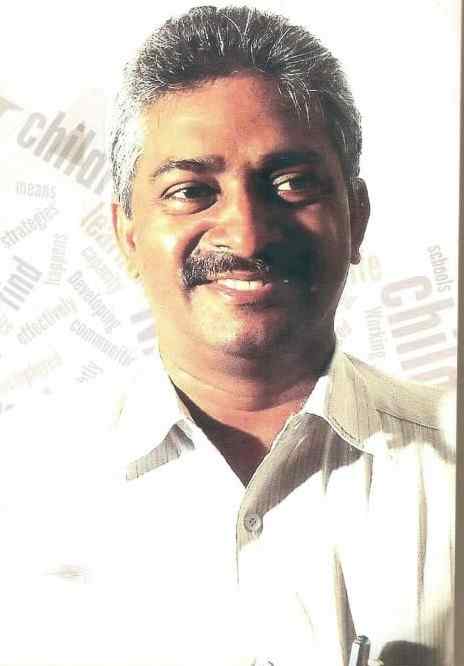 Joseph VV commonly known as Joseph Maash, is the Founder, Director and General Secretary of ALDI (Association of Learning Disabilities India), a non-profit organisation that helps students understand and overcome their learning disability.

For the past 23 years, he has been focused on helping students who have learning disability, by understanding and helping them solve the problems they face. Maash is also a consultant for various government departments and leading schools.

The creator of the internationally renowned Joseph Approach Preventive Adaptive Curriculum' many of his findings has been recognised by World Health Organization.

Joseph VV has also penned a book titled Ninde Kunjyinne Ne Aariyumo? A book for parents and professionals that helps them understand the learning abilities and disabilities of a growing child. The book also consists of several questionnaires that helps train teachers and for can be used for clinical research, to help identify and understand the problems faced by students and suggests solutions for them. This book is a first of its kind in Malayalam.

He has also won several awards for his achievements. 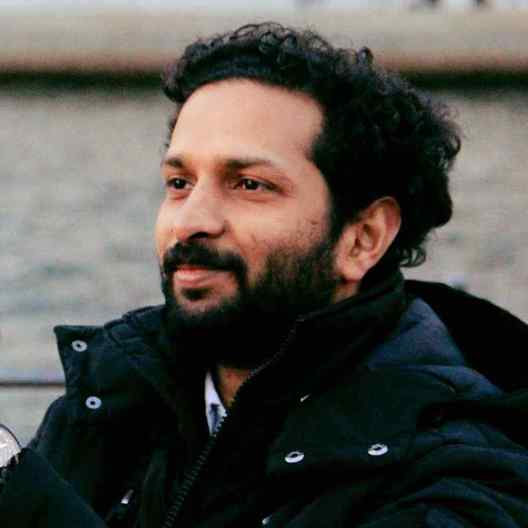 Originally a graduate in Chemistry, Anish K. G is chasing his dream and is currently employed in the gaming industry. He has been in the animation industry for 13+ years, of which 8 years were spent in gaming animation. His experiences in the industry include working on AAA titles like GTA 5, Red Dead Redemption 2, Saints Row 2, Darksiders, etc. Anish has also worked in projects like Grand Theft Auto, Harry Potter and the Deathly Hallows, RUSH (Microsoft-Pixar), Ben 10, Alien Force, to name a few.

He is currently working on a fresh third person shooter title for People Can Fly (Poland), where he works as a Senior Animator. In India, he has previously worked at K.R.Narayanan National Institute of visual science and arts (Kottayam), Cyberschool (Chennai), Sun Animation Studio (Chennai), Technicolor (Bangalore) and has worked in Asobo Studio (France). 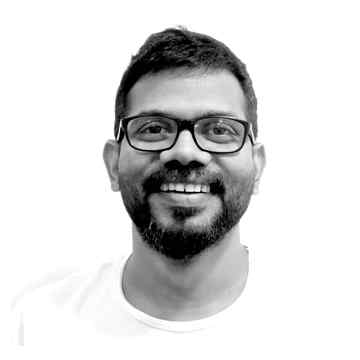 Presently the Creative Head of BlueBuddha (Cochin), Sanchayan Viyyath, the founder of Fishtree Advertising, Dubai, leads an eclectic team of creative minds, dedicated to creative communication. He is a specialist with over 23 years' experience in integrated marketing and has worked on every advertising category conceivable. In his career so far, he has conceptualised, created and executed numerous brand campaigns for established names, in India and the Middle East, including Stanley Black & Decker, Jewel Corner and Berger Paints.

Besides being a leader who coaches a modern creative team, he is a passionate film maker who's very excited about the possibilities of films in digital advertising. 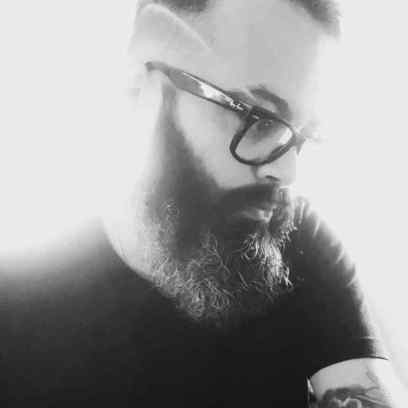 Currently the Head of Craft at McCann Worldgroup, Rathish P Subramaniam has served in the advertising industry for more than 15 years. Having worked for clients like TVS, ITC, BRITANNIA, TOYOTA, FORD, NIKE, LEVIS, OLA, etc. he finds himself falling strongly on the lap of marketing and advertising communication.

In his professional career so far, Rathish has also won national and international accolades for his work for Red Cross, Karnataka Traffic Police, Frito-Lay, etc. 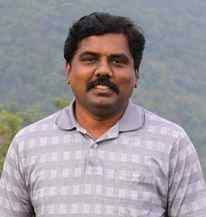 G. Sundarrajan is a first-generation entrepreneur who graduated in Electronics & Instrumentation engineering, from Annamalai University, Chidambara. He, along with batch mate R. Sivaraman, founded the venture HnS Technologies Pvt. Ltd. which is one of the top 3 companies in the country delivering state of the art AR/VR/AI solutions.

Today, HnS is a leading digital solutions company in the country and has delivered more than 1500 solutions in the last 20 years, for multinational companies like FORD, TOYOTA, AUDI, Volkswagen, Mahindra, Tata and many more.

Sundarrajan's venture has delivered new age solutions to Ford Asia Pacific across different countries. His company has delivered many key DATA solutions with predictive analysis that has enhanced the competitive edge of its customers. 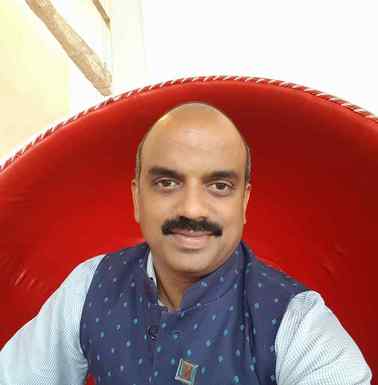 The disruptive solutions in holiday business build by WebCRS have got global attention and Hackathon awards from world's leading firms in the Travel industry.

The products & services he builds are towards assisting the travel and hospitality industries with robust solution powered by AI-based analytics platform, which helps in not only deciding but also in implementing and operating sustainable businesses. 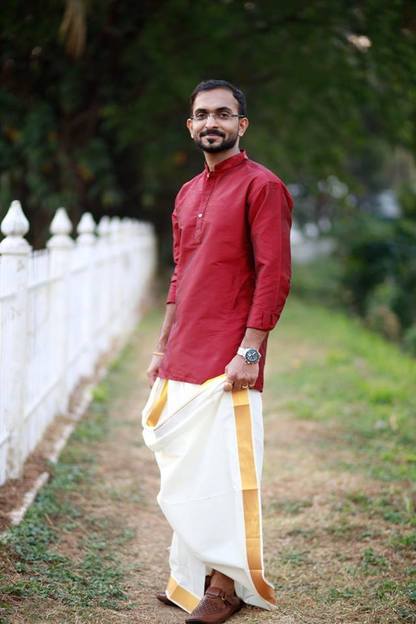 The visual communications graduate started his career as a 3D and VFX lecturer and found his way to working for a 3D animation studio. His career skyrocketed from there and he went on to work in several reputed national and international studios. Lince is now working as a Layouting Artist at the prestigious Industrial Light and Magic, London. He has several Hollywood movies such as The Dawn of The Planet of the Apes, The jungle Book, Game of Thrones, Transformers and more, which have won Oscars, to his credit. He is currently working on his 50th project which is currently in production.

Copyright © Academy of Media and Design. All rights reserved 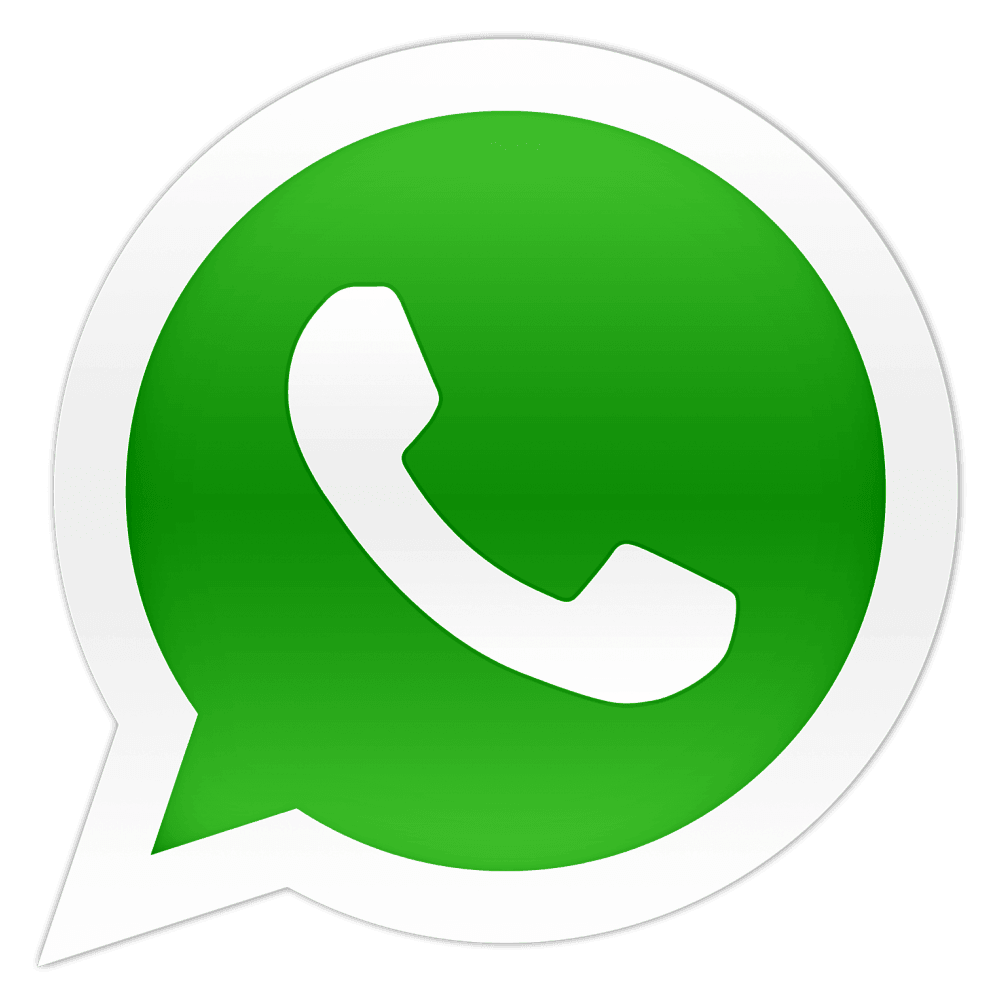